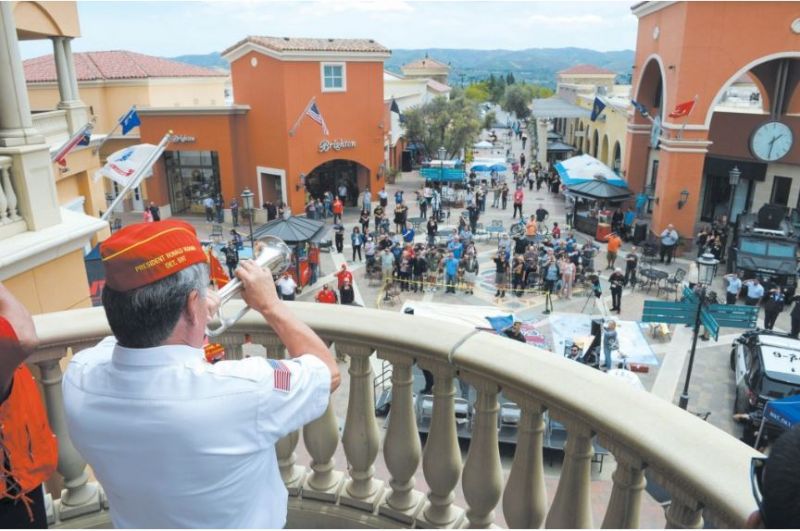 RECOGNIZING THOSE WHO SERVED AMERICA— Above, Bob Martinez of the President Ronald Reagan Marine Corps League Detachment 597 plays Taps during ceremony for the naming of Veterans Court at the Simi Valley Town Center on May 18. At left, veterans gather around a chalk art rendition of the American flag by artist Ruth Villa following the ceremony to name the center square at the mall in their honor. Photos by MICHAEL COONS/Acorn Newspapers 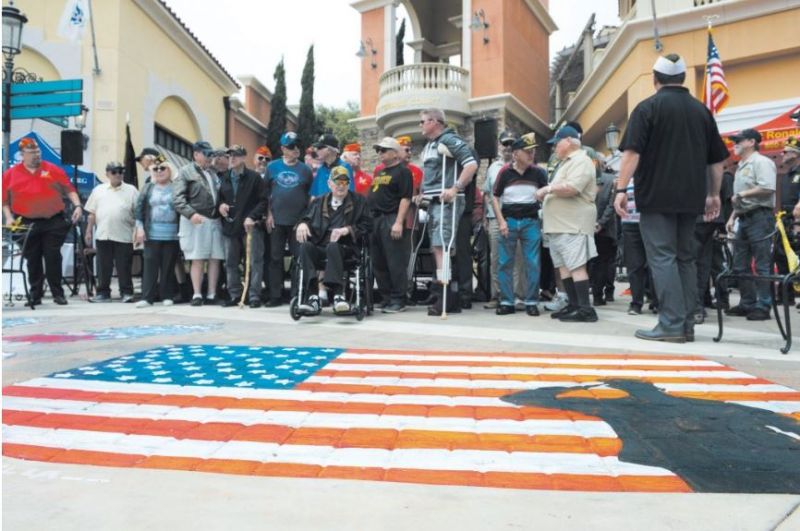